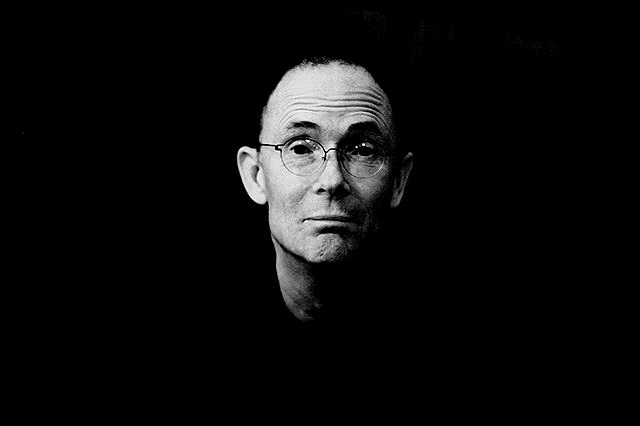 “What’s that?” she asked.
“The ugliest T-shirt in the world,” he said… “So ugly that digital cameras forget they’ve seen it.”

What’s interesting with regards to the book while thinking of this stuff is that the garment that sort of helps to save the day is a t-shirt. You call it the ugliest t-shirt in the world. It’s specially designed to scramble the wearer’s identity so that they can’t be picked up by CCTV cameras. You have the character of Garreth, who’s like the ultimate quasi-military badass, afraid of this t-shirt because it’s “bad to know” about and it’s “too deep.”

If it were real, it would be just too bad to know about. It offers virtual invisibility—video invisibility. Your acts cannot be recorded. The idea works particularly well in the context of London, which is such a famously surveilled landscape.

Is there any basis in reality for that shirt?

Only insofar as that the description of it emerged instantly and effortlessly from my colleague Bruce Sterling. [laughs] I forget exactly what my version of it was, but I asked him for some help. He said, “You just need a really ugly t-shirt.” He came out with this thing off the top of his head, his assumption being that the absolute holy grail of the video surveillance industry was facial recognition. He said, “They’ll tell you that they’re working on it, but they already have some—and they don’t tell you what they’re doing anyway.” He reeled off how the whole thing would work. And I said, “Thank you, I’ll take that.” My experience with Bruce has been that if he can imagine it that easily, it’s likely to be close to what somebody is doing. Have you seen, on the internet, this guy who can use his fists to make different shapes that video surveillance systems will recognize as faces?

I think I tweeted it at some point. It’s really extraordinary. It looks like the kind of magic that people do to amuse children. But you can also just shove it up to one of these cameras and it will go, “You’re a person,” and then let you through, thinking it’s got your face. That’s the closest thing I’ve seen to the t-shirt in Zero History.