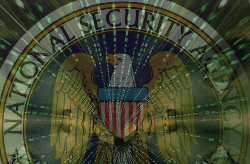 One, we should expose. We need whistleblowers. We need to know how exactly how the NSA and other agencies are subverting routers, switches, the internet backbone, encryption technologies and cloud systems.

Two, we can design. We need to figure out how to re-engineer the internet to prevent this kind of wholesale spying. We need new techniques to prevent communications intermediaries from leaking private information. We can make surveillance expensive again. In particular, we need open protocols, open implementations, open systems – these will be harder for the NSA to subvert.

Three, we can influence governance. We need to figure out new means of internet governance, ones that makes it harder for powerful tech countries to monitor everything. For example, we need to demand transparency, oversight, and accountability from our governments and corporations.

Dismantling the surveillance state won’t be easy. Has any country that engaged in mass surveillance of its own citizens voluntarily given up that capability? Has any mass surveillance country avoided becoming totalitarian? Whatever happens, we’re going to be breaking new ground.

We built the internet, and some of us have helped to subvert it. Now, those of us who love liberty have to fix it.